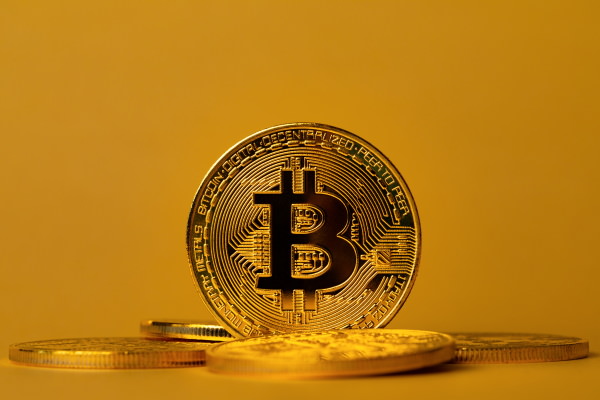 There has been a lot of hype on the mainstream media about bitcoin, but do you know how to buy Bitcoin? In this digital world, generating a passive stream of income predominantly through Bitcoin trading or investment has become easier than ever before. It is becoming more commonplace now for bitcoin to be added to a share portfolio or savings plan. But its not always common knowledge on how to buy bitcoin in Australia.

In this article, I will walk you through a practical way of buying bitcoin in Australia.

Soon after the advent of Bitcoin, it gained traction to a wider audience from the retail investors, speculators, and institutional investors. Despite excessive volatility in Bitcoin prices, the bullish sentiment of investors towards this cryptocurrency persists.

Amidst the bullish trend of the crypto market, Bitcoin market capitalization reached to all-time-high of $20,000 in 2017. Bitcoin has provided a whopping return which cannot be replicated as fast in other conventional investment like real estate or shares. Thereby, peoples started envisioning Bitcoin as a lucrative asset.

Despite the hype about Bitcoin across the world and the advent of many Bitcoin-driven FinTech startups, the Reserve Bank of Australia (RBA) is relatively pessimistic regarding the prospect of Bitcoin. RBA strongly believes Bitcoin is currently inept to handle broad-scale transactions across Australia premises.

One of the primary hurdles in the widespread adoption of Bitcoin is people do not know what Bitcoin is. How they can capitalize on the full benefit of it? And how the risk factor associated with it can be significantly reduced.

Bitcoin trading is not legalized in Australia, but this does not make it illegal to trade in Australia. Australian Taxation Office in 2018 announced they do not categorize bitcoin as money or currency. Instead the ATO put Bitcoin under the property tax jurisdiction law and tax it under the Capita Gain Tax rules.

Bitcoin is a virtual currency with a distributive ledger of instant and anonymous payments. It harnesses the power of blockchain technology to execute the transaction without a third party like a bank or any mediator to verify the transaction.

Bitcoin was initially started in 2009 by Satoshi Nakamoto, still anonymous to this day and quite the mystery figure. It is the first-ever decentralized currency. As the name cryptocurrency implies, it uses a cryptographic hash function algorithm to successfully store the transaction.

Every bitcoin transaction is made under the distributive ledger and no server or central authority exists that validates the transaction between the sender and recipient.

The decentralized, secure, transparent nature of bitcoin makes is what makes it a new form of currency. It can be used across the world for transfer. Bitcoin can send money to anywhere in the world with no transfer cost and in an instant. Most commonly called peer-to-peer transactions. Every transaction on the bitcoin network is stored and anyone can see the entire transaction history, though it is not names but wallet numbers making the people anonymous but the transaction open. accessible to all the participants of the network.

Every bitcoin transaction is transmitted to the decentralized network through the blockchain.

Luckily, the number of places that accept bitcoin in Australia is increasing every year. Even though it has been used since its inception in 2009 it is expanding across the world as is still only at its beginning. The value of a bitcoin in ten years’ time holds a lot or promise for huge growth. It is a volatile currency but over the past year has started to become more stable in price.

How to Buy Bitcoins in Australia

Many people are probably disappointed by the hefty prices of bitcoin while deciding whether they should invest their money in bitcoin or not.

If you are a crypto enthusiast, you know bitcoin can be bought in up to 8 decimal units meaning you can buy only a fraction of bitcoin if you can’t buy 1 BTC. So think of it in monetary terms to be simple, you can buy $50 worth of bitcoin and it will breakdown the bitcoin under one bitcoin and you get $50 worth of the bitcoin (based on the value that day). Conversely you can buy in bitcoins e.g. 2 bitcoins and pay the monetary value of that. This is what makes accessible to buy into.

Here are some of the highly practical ways through which you can buy Bitcoins in Australia.

1. Buy Bitcoins from a Bitcoins Exchange

Bitcoin exchanges are widely available across the world. These crypto exchanges allow you to buy cryptocurrencies in exchange for fiat money. One of the prominent Bitcoin Exchange platform in Australia to buy Bitcoin is CoinSpot.

Before buying bitcoin from any bitcoin exchange, it is imperative to know the charges from the exchange merchant for the services.

The Australian Government’s financial regulatory body, Australian Transaction Reports, and Analysis Center (AUSTRAC) has the legislative power to monitor all the bitcoin exchanges in Australia.

The Australian Securities and Investment Commission (ASIC) has been the proponent of regulating the crypto industry for a long time because cryptocurrency bitcoin can be is prone to exploitation due to its decentralized nature.

It is still uncertain at this stage what this change could mean for exchange accessibility and merchant charges.

2. Receive Bitcoin as Payment for Goods and Services

Any business or services can opt for bitcoin as a medium of payment for their products or services if they have a crypto wallet to store cryptocurrency securely. A crypto wallet can be easily downloaded from the Google Apps play store or iPhone app store.

3. How to Mine Bitcoin

Mining is gaining prominence in the crypto industry as it is one of the ways of getting bitcoin as a reward. Mining is a resource-intensive method because miners have to put their money and time into running applications specific integrated circuits (ASICs).

Bitcoin algorithms rewards miners with a bitcoin as a value-added incentive. The major drawback of mining is it is infeasible in a country where energy is relatively scarce. It takes a lot of computers and power to mine; it cannot be done by a home computer. Most of all, it is expensive to mine often the cost of mining bitcoin outweighs the return on investment. Thus many first timers choose lesser known crypto currencies which are cheaper to mine.

Who Accepts Bitcoin in Australia

Up until now, we have discussed how to buy a bitcoin in Australia. Most probably you would need to know what you can do with bitcoin once you have it. As the demand for bitcoin increases in Australia and gaining more prominence, the range of things you can spend cryptocurrency on has skyrocketed in the past few years.

As of today, bitcoin can be used is as a medium of exchange for a wide range of products or services in Australia like freight tickets, booking a hotel room, loaf of bread, daily coffee, movie subscription, and many more. Many companies now offer Bitcoin as a default medium of payment. There are also bitcoin ATMs in Australia. But really, buying bitcoin online is a lot easier

Bitcoin is no longer a cryptocurrency in the dark corners of the web, it is used in the form of currency to spend or to save like shares for investment. And you can buy bitcoin much more easily today in Australia than ever before.