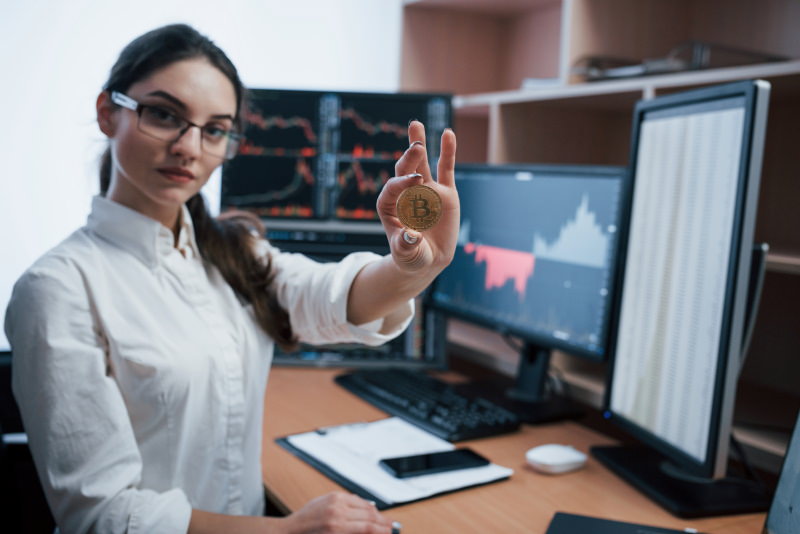 Bitcoin is a virtual currency which uses blockchain technology. It was first released in 2009 soon after the housing market crash in the financial juggernaut of the US. It follows an idea that was put forth by a pseudonymous person Satoshi Nakamoto in a white paper (open PDF) issued by him.

The real identity of the person behind the creation of blockchain-driven bitcoin cryptocurrency is still a mystery to this day. As bitcoin isn’t governed by any centralized regulatory authority, it is an ideal option for cross-border payment as it promises low transaction processing charges and expedites transactions.

Unlike fiat currency, bitcoin is not a physical asset. All bitcoin transactions are distributed via the blockchain network. Bitcoin achieves transparency via the distributed ledger technology. The transaction takes place on the blockchain and is verified via the behemoth computing power behind it. The personal details are not recorded; it is just the transactional value recorded. Bitcoin supply isn’t governed by any central government or financial institutions like banks. Despite bitcoin not considered a legal tender by all Governments, it has managed to grow and has triggered the launch of plenty of other virtual currencies that are collectively known as altcoins.

Bitcoin is a consortium of computers and nodes that bitcoin’s code executes – leveraging the power of Blockchain technology. Think of the blockchain as a collection of consecutive blocks wherein each subsequent block is linked with the preceding block via a cryptographic hash function algorithm. Whenever a new transaction takes place it gets added to the chain of blockchain. This latest transaction is transmitted to all the participants of the blockchain network and is accessible by them thereby none can modify it. Blockchain provides a tamper-proof way of storing data because the data stored in it is immutable.

To perform malicious activities, an ill-intended person needs to acquire 51% of the computing power that makes up the bitcoin. Herein the real irony lies. No one can afford such a hefty amount to perform a 51% attack. Currently, bitcoin has 100, 000 active nodes and this number keeps on increasing with time. Therefore, performing ‘51% attack’ on the bitcoin network whereby the majority of the network participants become corrupt is almost impossible and infeasible.

Number One in Cryptocurrency

Bitcoin is the first-ever cryptocurrency and the linchpin of the fintech industry because almost all crowdfunding and peer-to-peer lending platforms use it as collateral. Balances of bitcoin tokens are securely stored via public and private keys, which are a long list of strings and numbers linked through the mathematical encryption algorithm.

The public key resembles a bank account number that serves as the mailing address which is accessible by all the participants of the bitcoin network and can be used to send bitcoins. Whereas a private key is just like an ATM pin which is envisaged as a guarded secret and is predominantly used to authorize Bitcoin transactions. Bitcoin keys and bitcoin wallets are sometimes used interchangeably but in reality, they both are different things.

Simply speaking, the bitcoin wallet is a physical or a digital storage device which paves the way for bitcoin trading and allows crypto traders to track ownership of their crypto coins.

Bitcoin is a peer-to-peer electronic cash transfer system that lays down the foundation of instant and secure payments. As bitcoin is entirely decentralized, it is very less prone to malicious attacks like double spendings.

The mediator between the sender and recipient owns the governing computing power and in the bitcoin network, this comprises nodes or miners. ‘Miners’ or the peoples who validate the transactions in the blockchain network are rewarded by the valued-added incentive for the time and money they’ve put in..

The reward given to the miners reduces significantly as the supply of bitcoin approaches 21 million. Currently, there 18 million bitcoins in circulation and 3 million more bitcoins need to be mined. In a centralized banking system, the supply of money is regulated by central banks based on the country’s growth to maintain price stability. On the flip side, the supply of bitcoins is governed algorithmically.

New bitcoins come into the bitcoin ecosystem through mining. Simply speaking, mining involves solving a complex mathematical problem with an aid of mining rings of high computational power in an attempt to explore a new block and this newly-created transaction block is added to the block of the blockchain.

For incorporating a new block into the blockchain, miners get a reward in the form of a few bitcoins and the reward is reduced by one-half after every 210,000 blocks. In 2009, the block reward was 50 BTC and it declined significantly to 12.5 BTC. By around 11th May 2020 the block reward for the discovery of each new block dropped down to all-time low 6.5 BTC.

A variety of hardware equipment can be used to mine bitcoin but some of them yield comparatively highest rewards than others. A specialized kind of computer chip called Application-Specific Integrated Circuit and more advanced processing units like Graphic Processing Units (GPUs) can achieve more rewards. These specialized mining processors are referred to as mining rings.

So far we’ve discussed quite a bit about bitcoin now we’ll look at some highly practical and handy tools that aid in trading bitcoin. Cointools.org a prominent bitcoin website takes into account the problems faced by the novice bitcoin users and crypto enthusiasts whilst designing these tools.

Now I’ll discuss the functionality of each tool individually.

One of the most commonly-occurring problems faced by novice crypto users is the large addresses required to send from and to the users. The reason for the concern is that once the fund is sent there is no way to retrieve them subsequently. Identifying the real owner of a bitcoin address could be a bit cumbersome. Herein the power of this phenomenal tool Valid Address Checker comes into play.

There are some intriguing facts about the bitcoin address that is worth-knowing:

As the name suggests, it aids in extrapolating the current balance of the given bitcoin address. Leveraging this tool, you can perceive the balance of any crypto Bitcoin wallet.

It’s a good idea to not store large sums in just one wallet. Many long term bitcoin holders will spread their coins over multiple wallets and in smaller amounts making them less of a target for

Total Received is a bitcoin calculator designed specifically for bitcoin addresses. This tool analyses the data to see the total number of BTC that has been transferred to a Bitcoin Address. These tools best suit for tracking finances and for audits.

This tool calculates the total amount of BTC sent from a particular BTC address. This tool is designed specifically to precisely calculate all the BTC data sent from an address which can be highly effective for tracking finances or for audits.

This tool transforms BTC addresses to Hash 160 addresses for BTC. Transforming a BTC address to a hash 160 code is extremely beneficial for encrypting your address thereby your bitcoin address remains less vulnerable to malicious attacks.

To put that into perspective, let’s suppose you want to publicize your address but want to conceal it from other peoples for security reasons. In this scenario, you can transform your address into a hash 160 address to encrypt the data and to secure your bitcoin address from the potential security threat.

Check Address to Hash into 160 Address 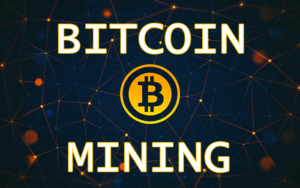